No trip to southern California is complete without a trip to Disneyland® Resort. You are probably planning on spending time in Disneyland® Park, but did you know the Resort has a second park too? Contact an aRes Travel agent and purchase your Disney California Adventure® Park tickets before you go.

Disney California Adventure® Park takes its theme from the history and culture of the state of California, while still including attractions and characters from the movies everybody knows and loves.

So Much to See and Do

Enter Disney California Adventure® Park via Buena Vista Street. Beautifully designed in Art Deco and Mission styles, it is a re-creation of early 1920s Los Angeles, and recalls the era when Walt Disney first dreamed up the concept that would later become reality.

From there, there are multiple areas to choose from, and they all feature fantastic attractions and rides. Visit Grizzly Peak, themed around the state’s mountains and wilderness, with specific references to Yosemite National Park. Ride the Grizzly River Run or go Soarin’ Around the World, a simulated hang-gliding ride that sees you fly through the skies above famous landmarks across six continents.

Visit Cars Land, 12 acres of family fun! Fans will enjoy walking through an exact replica of Radiator Springs, as well as several family-friendly rides and attractions. You can’t miss Radiator Springs Racers. What starts off as a gentle ride through the mountains becomes a thrilling race. Besides, who wouldn’t want to ride what is known as the most expensive theme park ride ever built?

If you need a little rest, head over to Pacific Wharf, which is based on Monterey’s Cannery Row and San Francisco’s Fisherman’s Wharf. Here, you will find several eateries that honor California’s rich culinary heritage, including the Boudin Bakery Tour, where you can sample their famous sourdough bread.

Head over to Pixar Pier, which brings to mind California’s coastal boardwalks like Santa Cruz and Santa Monica. Ride what is easily one of the most fun and popular attractions in the whole park, Toy Story Midway Mania!

For exclusive deals and discounts on Disney California Adventure® Park tickets, amazing savings on packages and hotels, and some of the lowest prices on travel, call 1 (800) 434-7894 (international callers use +1 (619) 546-5622) to speak with an aRes Travel planning expert seven days a week, or book online now.

As to Disney artwork, logos, and properties: © Disney & © Disney•Pixar 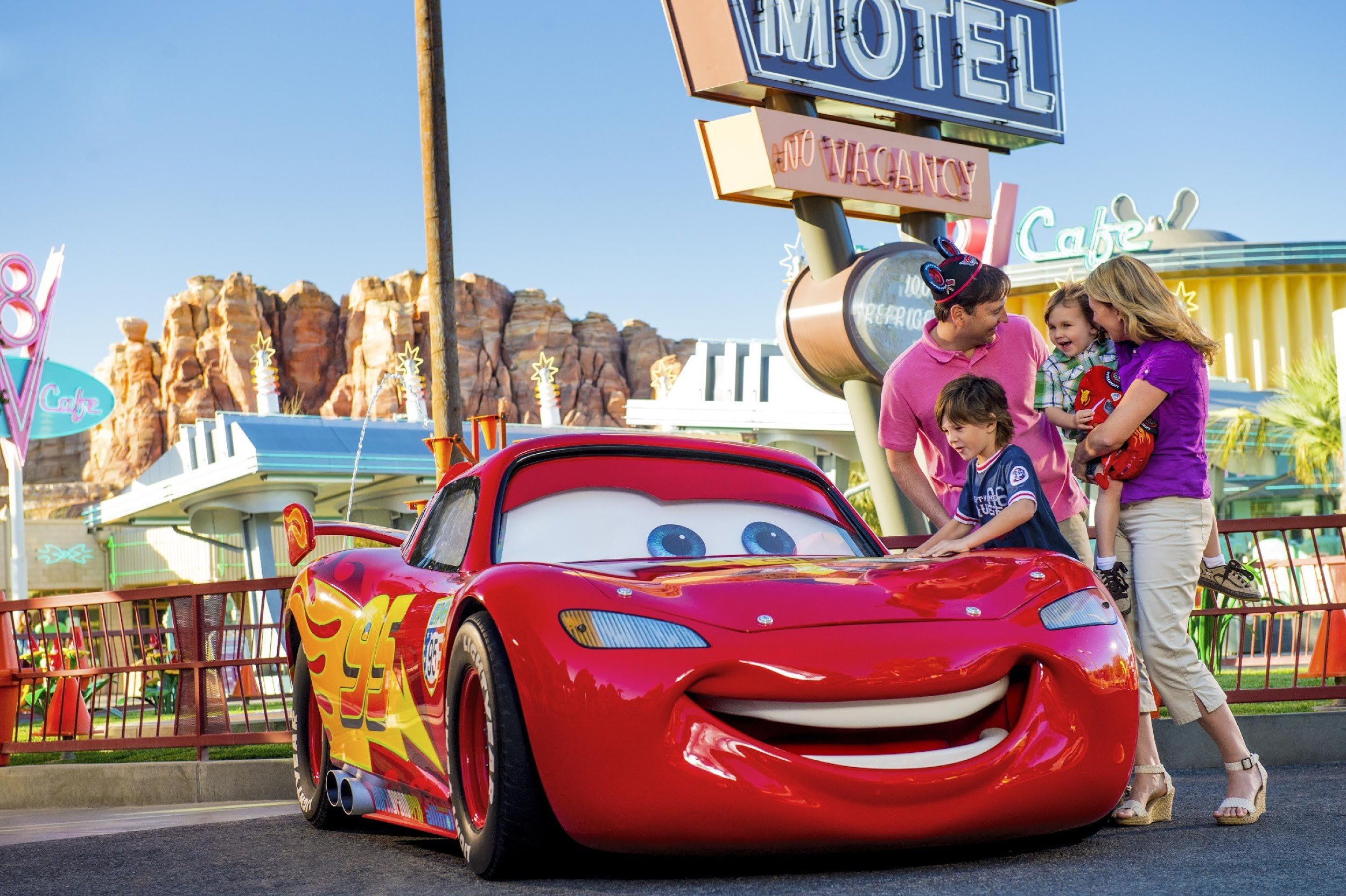