Are you looking to experience the thrill of your favorite blockbuster movies in real life? A visit to the spectacular Universal Studios Hollywood™ theme park with tickets from aRes Travel provides a unique, behind-the-scenes look at how the magic of the screen come to life!

From real film sets to mind-blowing tours, a trip to Universal Studios Hollywood™ is one thing that any movie-buff simply has to cross off their bucket list.

Go behind-the-scenes of your favorite films

A visit to Universal Studios Hollywood™ theme park is a completely immersive experience into the worlds of all of your favorite films. The sprawling park offers an unprecedented opportunity to see what it’s like to create the box office-smashing movies we all know and love.

Hop on the world-famous Studio Tour for a one-hour sneak peek at the Universal Studios Hollywood™ studio, complete with Hollywood memorabilia and props from iconic film sets. But the fun doesn’t stop when the tour does: at the end of your ride, you’ll hop directly on the tour’s grand finale, Fast & Furious – Supercharged, for a thrilling end to an already amazing experience.

At Universal Studios Hollywood™, you have the once-in-a-lifetime chance to explore The Wizarding World of Harry Potter™.

Sneak around the mythical Hogwarts™ Castle with all of our favorite witches and wizards. Then, stroll through the shops of Hogsmeade™ and delight in the sights, sounds, and tastes of the world of witchcraft and wizardry.

To top it all off, you’ll follow in the steps of the boy who lived himself with the thrill rides Harry Potter and the Forbidden Journey™ and the Flight of the Hippogriff™, two thrill rides that are sure to make their mark on any true Potterhead.

Enjoy the trip of a lifetime

When you purchase your Universal Studios Hollywood™ Theme Park Tickets with aRes Travel, you make the decision to save money and eliminate the hassle of vacation planning for a trip that satisfies the whole family.

Don’t forget to take advantage of aRes Travel’s wide range of package deals to make your trip an unforgettable experience.

For exclusive deals on Universal Studios Hollywood™ Theme Park Tickets, amazing savings on packages and hotels, and some of the lowest prices on travel, call 1 (800) 434-7894 (international callers use +1 (619) 546-5622) to speak with an aRes Travel planning expert seven days a week, or book online now. 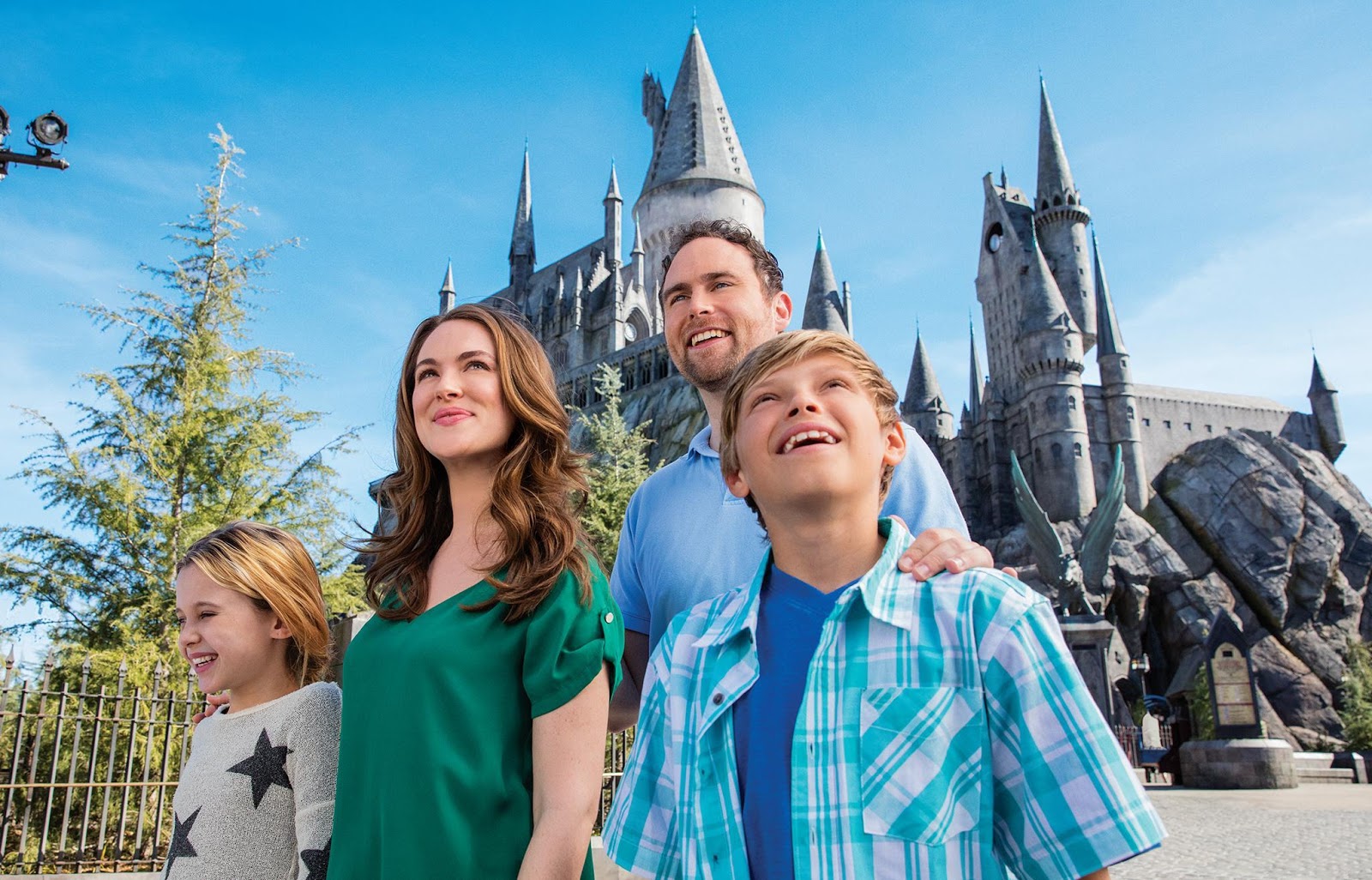