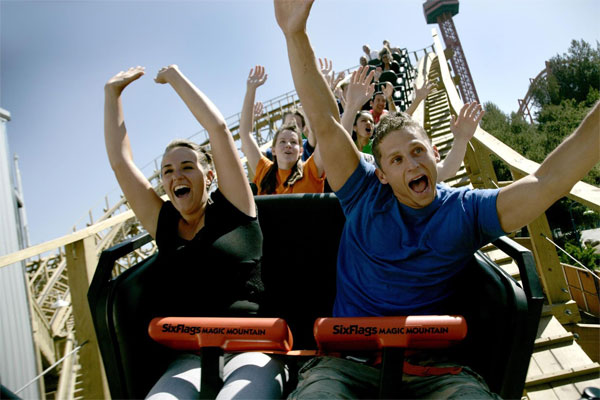 The most roller coasters in one park

Start with CraZanity, a 17-story-tall coaster that can speed up to 75 mph. There’s Deja Vu, a giant inverted boomerang coaster. Don’t forget Full Throttle, which has the world’s tallest vertical loop of any coaster. And there’s Riddler’s Revenge, a stand-up coaster that reaches a top speed of 65 mph. And don’t forget Twisted Colossus, the longest hybrid coaster on Earth.

It’s not just roller coasters that make Six Flags Magic Mountain special. The park has Bugs Bunny World, with rides inspired by Looney Tunes characters. And for the comic enthusiasts, there’s DC Universe, featuring rides and attractions based on characters from DC comics. 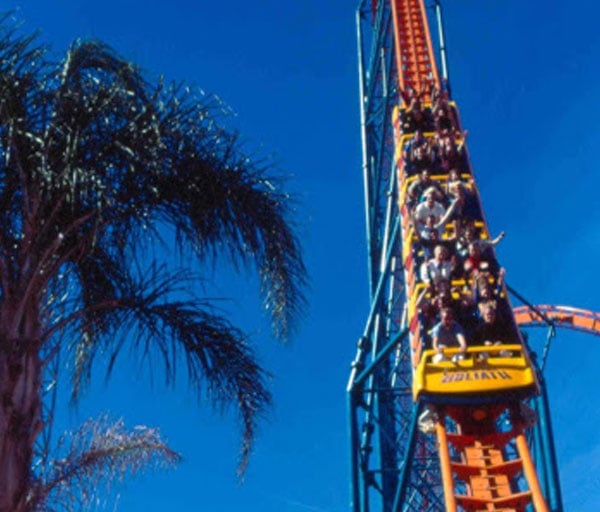 The Best Deals on Ticket Bundling

Is there any wonder your kids can’t wait to get there? If you are planning on visiting the park for more than one day, or plan to stay in the area, you can save the most when you book a hotel room with your ticket. If one of our packages don’t suit you, you can find discount rates for nearby hotels here.

If you are interested in Six Flags Magic Mountain discount tickets, as well as enjoying amazing savings on hotels and some of the lowest prices on travel packages available, call 1 (800) 434-7894 (international callers use +1 (619) 546-5622) to speak with an aRes Travel planning expert seven days a week, or book online now. 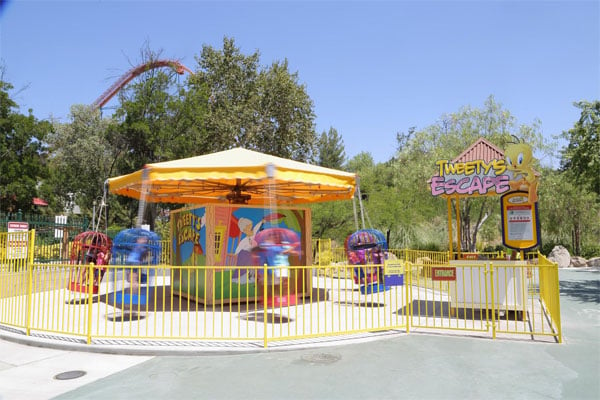