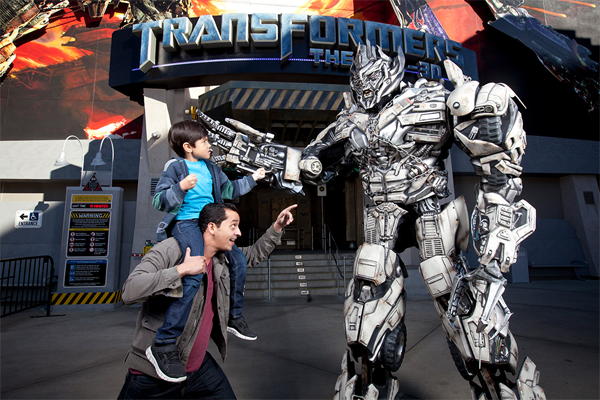 The magic of movies awaits at Universal Studios Hollywood™, “The Entertainment Capital of L.A.” Opening in 1912, this fabulous destination is a unique combination of a theme park and one of the oldest and most famous film studios in Hollywood.

One of the best ways to experience Universal Studios Hollywood™ is with VIP access, which gives an exclusive behind-the-scenes view of the world’s largest movie studio and how some of the most famous films were made.

When planning your family vacation, save money by booking Universal Studios Hollywood™ VIP tickets through aRes Travel, a company that specializes in family fun.

Universal Studios Hollywood™, which first opened as a theme park in 1964, now features hundreds of thrill rides, shows, shops, restaurants, and other attractions, all themed around famous movie and TV franchises. The park is unlike any other in that it’s both a fully operational film studio and an amusement park.

Hold onto your seat on Fast & Furious – Supercharged, while an all-star cast carries you on a virtual car chase that hits speeds of over 120 miles an hour. A new ride themed around the popular dinosaur hit Jurassic World is scheduled to open in 2019.

Enter the post-apocalyptic world of The Walking Dead and prepare to fight for survival while you navigate through a world overrun by zombies.

Soar above Hogwarts™ on Harry Potter and the Forbidden Journey™, which uses state-of-the-art technology to bring The Wizarding World of Harry Potter™ to life.

Universal Studios Hollywood™ provides a behind-the-scenes experience not found anywhere else. Visitors with VIP access get access to even more exposition, with exclusive tours around the sets of some of the finest films of the last century.

Hop off the trolley and explore areas that aren’t open to those with general admission. Visit working soundstages where TV shows and movies are being filmed and explore the property department, home to thousands of recognizable set pieces and decorations used in popular productions.

Included in the VIP Experience:

For exclusive deals on Universal Studios Hollywood™ tickets, amazing savings on packages and hotels, and some of the lowest prices on travel, call 1 (800) 434-7894 (international callers use +1 (619) 546-5622) to speak with an aRes Travel planning expert seven days a week, or book online now.