LEGOLAND® Florida is where LEGO® comes to life and kids aged two to 12 take control.

While Florida is teeming with amusement parks, LEGOLAND® Florida is unique in that it caters to the young – and the young at heart – with some 60 attractions, most of which appear as though they are built from the iconic LEGO® blocks that are synonymous with a happy and creative childhood.

While a trip to an amusement can leave families much lighter in the pocket, it doesn’t have to. aRes Travel specializes in providing families with their dream vacations for less, thanks to our LEGOLAND® Florida ticket deals.

LEGOLAND® Florida is a multi-day destination and the second-largest park in the chain after LEGOLAND® Windsor in the United Kingdom. Designed to delight young visitors, no ride is too big. The park includes four roller-coasters, but they’re not as extreme as those in other parks and perfectly suitable for your little ones.

The park is also about education, so it offers important opportunities for learning such as interactive musical instruments, musical fountains, and an underwater pipe organ.

There’s also the Ford Driving School, which is a realistic driving lesson where kids drive mini electric cars made to look like as though they’re built from LEGO®. When they complete the course, your kids will earn their LEGOLAND® Florida driver’s license.

All the park’s rides are LEGO®-themed and built to appear as if they are made from nothing but the iconic, brightly colored bricks. Most center around a particular LEGO® theme. The Dragon Coaster, for example, is based on LEGO®’s Knight’s Kingdom.

There are countless options when planning a trip to LEGOLAND® Florida. Bundle your trip with a nearby hotel, purchase a multi-day pass, or add a little variety to your vacation with a combo deal that includes visits to other nearby attractions.

For exclusive deals and discounts on LEGOLAND® Florida tickets, the best savings on hotels and packages, and some of the lowest prices on travel, call 1 (800) 434-7894 (international callers use +1 (619) 546-5622) to speak with an aRes Travel planning expert seven days a week, or book online now. 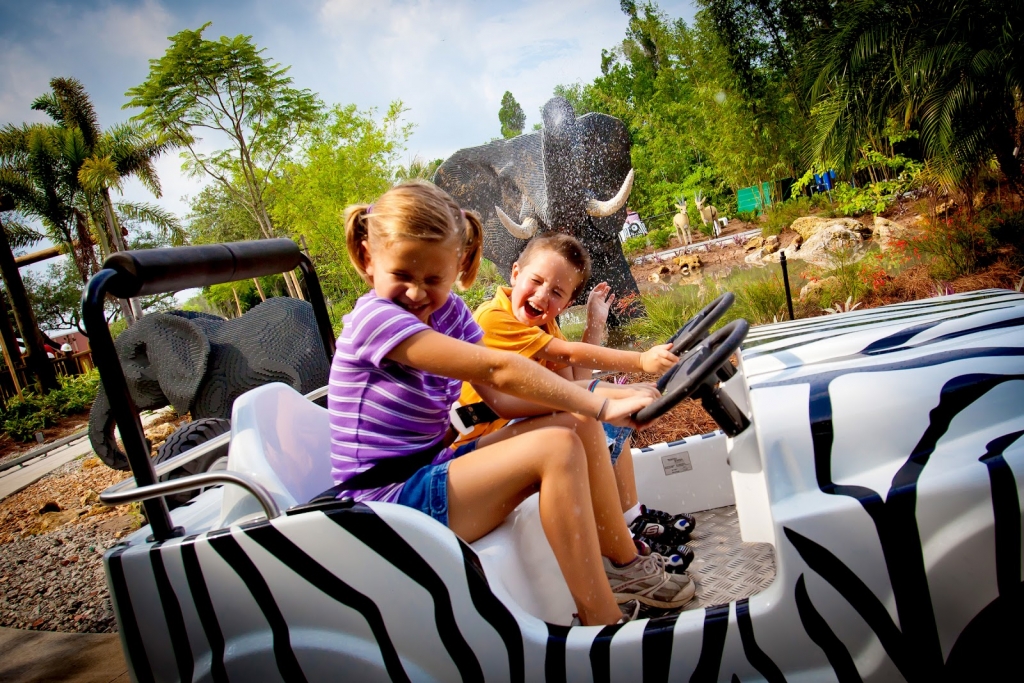