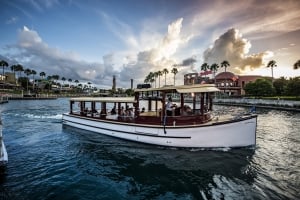 Orlando is home to some of the world’s most loved theme parks and attractions, making it a dream destination for families, couples, and friends alike.

With Universal Orlando Resort™, SeaWorld® Orlando, and so much more, there’s no shortage of exciting things to see and do.

Travel the world in a day at Epcot, or if you like your fun in the sun to be a bit more aquatic, head to Blizzard Beach and enjoy its many rivers, pools, cabanas, play areas, and slides. There’s no end to the fun!

Perfect for the film and television buffs of all ages, Universal Orlando Resort™ is a fun destination for the whole family. The resort includes several parks, including Universal Studios Florida™, Universal’s Islands of Adventure™, and Universal’s Volcano Bay™.

Universal Studios Florida™ will transport you to a fantasy land where you can have the time of your life in areas based on some of the most beloved shows and films of all time like Harry Potter™, Despicable Me, and The Simpsons.

Universal’s Islands of Adventure™ is sure to get your heart racing with thrilling rides like The Incredible Hulk Coaster®, Doctor Doom’s Fearfall®, and Jurassic Park River Adventure™. If you want to cool off after the adrenaline rush, head to Universal’s Volcano Bay™ for a relaxing day at the poolside.

But the adrenaline rush doesn’t have to end if you don’t want it to. Enjoy some of the exciting slides and rides in this tropical paradise!

Meet some of the ocean’s funniest, smartest, and quirkiest creatures when you visit SeaWorld® Orlando. Along with a range of exciting rides, you also have the opportunity to learn about incredible sea life at entertaining shows where the animals are the stars!

With most Orlando attraction tickets, cancellations or refunds are not available. Ask your aRes Travel planning agent about each attraction’s terms and conditions before you book.

For exclusive deals on cheap Orlando attraction tickets, amazing savings on hotels and packages, and some of the lowest prices on travel call 1 (800) 434-7894 (international callers use +1 (619) 546-5622) to speak with an aRes Travel planning expert seven days a week or book online now. 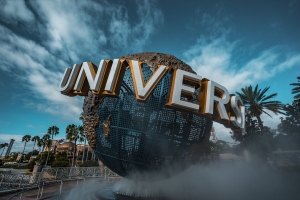