Harry Potter fans of all ages have something amazing to look forward to this spring. Universal Studios Hollywood™ has just announced a new projection experience, “Dark Arts at Hogwarts Castle”, guaranteed to delight Potterheads and muggles alike.

The Wizarding World of Harry Potter™, the beloved Potter-themed attraction at Universal Studios Hollywood™, takes a turn toward the dark side this spring with the unveiling of the “Dark Arts at Hogwarts Castle” light show.

An immersive experience like no other, the light show will be displayed on the exterior walls of Hogwarts™ Castle at night from April 13th – 28th and will make a return appearance for fans from May 25th – 27th.

For wizards, witches, and muggles not on the West Coast, Universal Studios Orlando™ will also be announcing dates for the new attraction very soon, so stay tuned!

Be sure to pack your wand! At The Wizarding World of Harry Potter™ and Hogwarts™ Castle, you will come face-to-face with the villains of the beloved franchise and find that darkness has fallen on the world-famous school of witchcraft and wizardry.

The light show will include incredible surround-sound and special effects that will make you feel like you are fully immersed in this magical world. The entirety of the show is accompanied by an original score, recorded by the London Symphony Orchestra, and based on the movie franchise’s haunting and instantly recognizable soundtrack.

But beware as night falls! In the darkness, guests will encounter Dementors™, Death Eaters, Aragog, Thestrals, and more. You will have no choice but to look on as they summon the dark wizard himself, Lord Voldemort™.

The only way to defeat him is to cast the powerful Patronus spell. Just like Harry, you’ll have to channel your inner strength and summon your Patronus to defend Hogwarts from He Who Must Not Be Named!

Design of The Wizarding World of Harry Potter™

Newcomers to The Wizarding World of Harry Potter™ will be amazed by the authenticity of what is undoubtedly a Potterhead’s dream come true.

Universal Studios Hollywood continues to impress with its incredible attention to detail and flair for the magnificent. You’ll be transported from the streets of Hollywood to the city of London the moment you set foot in the wizarding world.

Surrounded by realistic buildings and decorations that lend the area an authentically British feel, from the snowy streets to the cobblestone alleys, you can’t help but feel entirely immersed in the world of witchcraft and wizardry.

One of the park’s biggest highlights is the incredible Harry Potter and the Forbidden Journey™, an unbelievable thrill ride experience that sends you on an adventure through the world of magic alongside Harry himself.

Among one of the most popular and beloved theme park attractions ever made, the ride utilizes a mixture of sets, special effects, projected media, and robotic arm vehicles to give passengers the sensation they are really flying.

Located in Hogwarts™ Castle, the ride’s pre-show uses innovative technology and effects to make you feel like you are strolling the halls of the infamous school after potions class with some of your favorite Potter characters.

More Than Just Wands and Rides

The Wizarding World of Harry Potter™ is truly an attraction for all ages.

As well as the thrilling rides, you and the entire family can take your time idling through the streets of Hogsmeade™ Village, admiring the authenticity and enjoying the life-like shows and animatronics.

Die-hard Potterheads will be delighted to find the village incorporates props from the actual films. The park is also interactive, and visitors will find many a hidden display that springs to life when activated by one of the magic wands available for purchase.

Down to the inclusion of Moaning Myrtle in the bathrooms, every nook and cranny of the park is designed according to J.K. Rowling’s incredible creation.

At the park entrance, you will come upon the Hogwarts™ Station and the Hogwarts™ Express, where you’ll be greeted by the train conductor and have the chance to have your photo taken in one of the iconic passenger compartments.

The impressive line-up of shops includes Zonko’s Joke Shop, the beloved prankster’s paradise featured in the books, where you can buy all manner of joke shop memorabilia, including extendable ears. Dervish and Banges offer everything you might need for your first day at Hogwarts, and at Olivander’s, your wand will choose you.

You won’t find anything for purchase in the stores of Hogsmeade Village that you would find in the real world, contributing to the park’s magical feeling of total immersion and authenticity.

How to Get There

To experience the magic of the “Dark Arts at Hogwarts Castle” nighttime spectacular, you’ll have to act fast. The highly-anticipated light show will only be featured for a limited time at Universal Studios Hollywood.

Luckily, the expert planning agents at aRes Travel are here to help. With aRes Travel, you are always in the loop, and our staff can help you choose the right ticket package, accommodation, and combo deal to make the trip one you’ll remember forever.

For exclusive deals on discounted Universal Studios Hollywood™ and Universal Studios Orlando™ tickets, amazing savings on packages and hotels, and some of the lowest prices on travel, call 1 (800) 434-7894 (international callers use +1 (619) 546-5622) to speak with an aRes Travel planning expert seven days a week, or book online now. 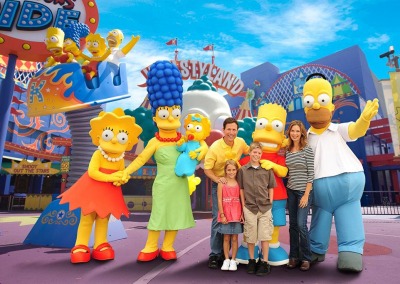 How Can You Save on Universal Studios Hollywood Tickets? 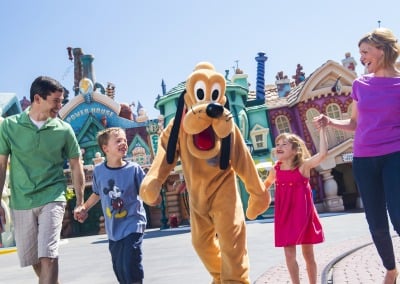 Great Hotels to Stay at When Visiting Disneyland ® Resort

How Long Does It Take to Visit Cedar Point?