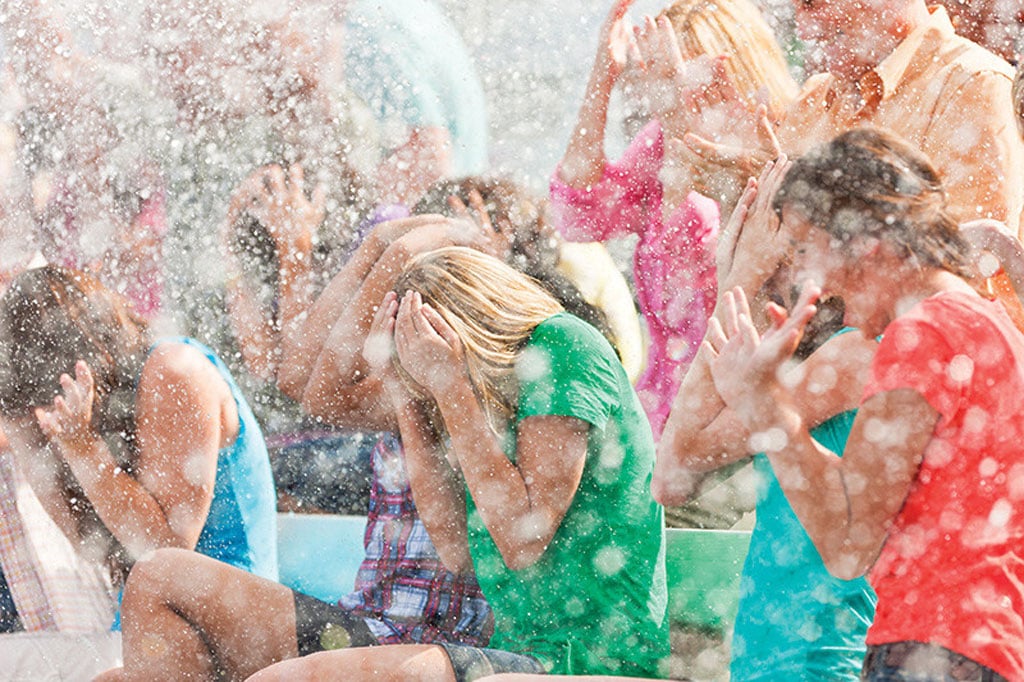 SeaWorldⓇ Orlando discount packages make it affordable for the whole family to enjoy the Orlando area’s premier aquarium experience. If you’re not careful, though, you could end up getting lost inside the park and wasting valuable time! While the park is fairly well-marked with good signage, any park of this size can be tricky to navigate for first-time visitors.

Even if you’re been to SeaWorldⓇ Orlando before, try to familiarize yourself with the park layout ahead of time. This will be helpful when hurrying between rides, finding a restroom quickly, or making it to Shamu Stadium in time for a show.

Where to Get a Map

Paper maps are available inside the park at the Information, Reservations and Guest Services building. This is also where you can make and confirm reservations for tours and dining, so you may need to go here first upon entering the park anyway. The Rentals building is also to the right of this building. From the park entrance, head left past the lighthouse, then the Information building will be right in front of you.

If you’re not good at keeping track of a paper map, you can bookmark a digital version of the map on your smartphone. Also, don’t be afraid to ask one of the friendly park staff for help if you need to find a particular ride! They get asked for directions all the time, so they can probably explain your route faster than you can read a map.

SeaWorldⓇ Orlando isn’t as significantly divided by theme as other parks of its size, but there are differences between the areas of the park. The most obvious one is the Sesame Street Land, which houses most of the kids’ rides. This area is at the south end of the park, past the lake and next to Shamu Stadium.

Of course, if you’re seeing a bunch of Sesame Street-themed attractions, you’re probably staring at Sesame Street Land! This is at the very south end of the park.

Like any good theme park, SeaWorldⓇ Orlando has plenty of places to find food! There are sit-down or fast casual dining options near every major ride. The largest cluster of dining options are around the Sky Tower in the middle of the park. These Mediterranean-style buildings are fairly distinctive and provide an inviting atmosphere, so they’re hard to miss.

There are also several food trucks and other dining options in Sesame Street Land, in the far southeast corner of the park. These family-friendly options are surprisingly delicious, so even older kids and adults can wander this way for a wide range of food options. This may actually be the best area of the park for picky eaters!

Finding a restroom inside the park isn’t difficult. Almost all of the theatres and stadiums have restrooms either inside of right outside of them, and all sit-down dining locations have them as well. There are also restrooms right inside the front gates, which are convenient for visiting right before you leave the park. There are a number of companion restrooms across the park as well, including one inside Sesame Street Land.

The only area of the park that doesn’t have abundant restrooms is the far north side of the park, by the TurtleTrek theatre and the Manatee Rehabilitation area. The closest restrooms to these attractions are located by Stingray Lagoon and Antarctica: Empire of the Penguin.

Since SeaWorldⓇ Orlando is fairly large, it’s good to designate a meeting point for members of your party to meet back at if they get separated. The Sky Tower may be your best option for this, since it’s visible from anywhere in the park. If you’re spending a large part of your day inside Sesame Street Land, pick a tall attraction like Cookie Drop to use as a meeting point.

If your child wanders off, you don’t have to go far for help. Park staff are well-trained in how to handle urgent problems, like missing children. Simply find the nearest food or ride employee and let them know. (If your child is prone to wandering off, or is too small to find his or her way back to a meeting point, consider having him or her wear a lanyard or pouch containing your contact info!)

Since the lighthouse is at the front gates, you shouldn’t have a hard time making your way to the exit from most areas of the park. If you’re too far away to see the lighthouse, go to the Sky Tower, turn right, then walk along the lake until you can see the lighthouse. If you need to return a rented stroller or wheelchair, go back to the Rentals booth to the right of the Information building.

If you’re catching a bus or need to grab a taxi, head out the front gates and turn right. You’ll soon come to a well-marked area where you can wait until your ride comes. 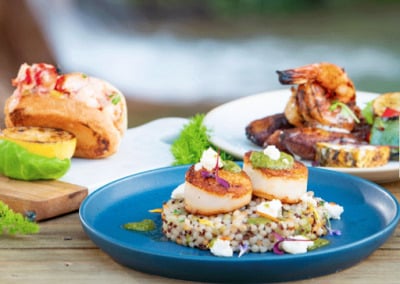 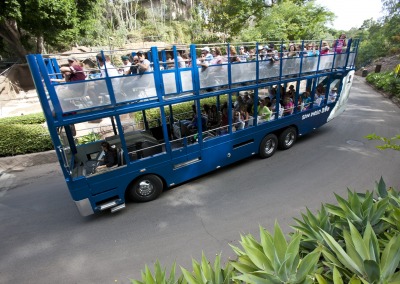