What Is the Best Time of Year and Day to Visit Universal Studios Hollywood?

Whether you’re a theme park enthusiast or merely being dragged along by your kids, you’ll want nice weather and light crowds when you visit Universal Studios Hollywood™. If you have any amount of flexibility in your travel dates, consider the pros and cons of seasons, holidays, and days of the week closely before booking. While summer days are convenient and usually provide nice weather, they’re also the busiest time of year for the park.

Like any major theme park, though, Universal Studios Hollywood™ has a lot to offer in the off-season, even though its operating hours are slightly shorter. Fall, late winter, and early spring can be the best time to visit the park, thanks to smaller crowds and pleasant weather. Plus, Los Angeles gets fewer tourists overall after summer has ended, meaning you can enjoy the rest of the city at a more leisurely pace too.

Sometimes, aRes Travel will also have special off-season tickets that are only valid on weekdays or during a certain season. When these tickets are available, they’re often a fantastic deal, so keep an eye out for them or call and ask us.

Naturally, most people are busy with work or school and can’t visit theme parks on weekdays. However, taking a day off to go to the park may be worth it. Weekends consistently draw the biggest crowds, and going on a Sunday instead of a Saturday doesn’t necessarily help you avoid crowds.

Keep in mind that holidays that fall on weekdays are likely to be just as busy as weekends, or sometimes even more so. If school is not in session, there are likely to be crowds of school-age kids at the park.

At Universal Studios Hollywood™, weekday hours are generally shorter than weekend hours and can be as short as 10:00 a.m. to 6:00 p.m. During most of the year, the park will open an hour earlier and stay open an hour later on weekends. However, this varies widely, especially during the back-to-school season. Plus, the weekend crowds are so large that the longer park hours don’t necessarily make it easier to enjoy all the rides. If park hours are a factor in the timing of your visit, double-check the park’s calendar before buying tickets.

Summer is typically the busiest season of the year for Universal Studios Hollywood™. Since school is out, many tourists will visit the Los Angeles area to check out the numerous theme parks and other attractions. Since there are only two Universal Studios™ parks in the United States, visitors come from far and wide. This is also when the main park and CityWalk next door have extra special events, like concerts.

Though California usually has pleasant weather, summer can be hot and sudden thunderstorms can happen. Since Universal Studios Hollywood™ has a number of outdoor attractions, visiting in the summer can be difficult for guests who are sensitive to heat. Even reapplying sunscreen and wearing a hat isn’t always enough to stay comfortable.

Thus, summer may not be the best option for visiting the park. If you manage to score Universal Express™ tickets that allow you to skip to the front of the line on rides, then you may still get a lot out of your visit to the park. However, these upgraded tickets are available on a limited basis and sell out quickly in the summer.

As a general rule, spring seems to be the second-most popular season for the park. This is partly because of the spring break season, of course. Since local schools’ spring breaks can vary, you may still be able to enjoy the park without crowds if you time your visit right. Spring weather is generally great for theme parks in California, so you should be able to enjoy your time at the park if the crowds aren’t too bad.

Fall is also a nice time to visit the park but tends to draw much smaller crowds. This is also when the park has Halloween Horror Nights, which require separate tickets and happen after the park has “closed” for the day. If you have teenagers and are aiming for a fall visit, consider visiting on a night that features this special event, as it’s a satisfyingly spooky experience that they won’t forget anytime soon!

Though most theme parks across America close or see decreased traffic in the winter, Universal Studios Hollywood™ is open on holidays, including Christmas, and has a host of special shows and events every year. One of the most popular is Christmas at The Wizarding World of Harry Potter™. Since this seasonal event is offered on multiple days in December and early January, you might be able to get in on a weekday when the crowds aren’t as bad.

The park’s New Year’s Eve party is a relatively new event, so it’s still very popular and crowded. However, New Year’s Day is a surprisingly quiet day to visit. This is probably because many locals sleep late, enjoy parades, or watch football instead of going to the park! The crowds tend to increase again January 2nd until school goes back into session the second week of January.

Since small children have their own special needs and probably won’t spend an entire day at the park, they may have more fun during a fall, spring, or late winter visit. While older children and adults can cope with the summer heat, toddlers and preschoolers will likely be even more irritable than usual. Even preschoolers who don’t normally need naps may need one after spending a morning at the park.

Plus, a high number of rides have height restrictions, meaning that small children don’t need a twelve-hour day to enjoy everything they can at the park. If you’re thinking about a small family outing, aim for a weekday in the off-season, when smaller crowds and shorter park hours will work fine for your little ones. Since winters in California are mild, visiting in late January or February is still enjoyable.

If you’re visiting from out of state, you’ll also want to look for hotel deals close to the park. While bundling hotels with tickets to the park is a great way to save money, you can also save money by traveling to the area during the off-season. Hotel rates can increase dramatically on weekends and in the summer, especially if there’s a convention in town.

To save on hotels, start shopping around as early as possible, and be willing to adjust your travel dates if necessary. Aim for a fall or late winter visit, if possible, since winter holidays and spring break can drive up hotel prices as well. Contacting a travel specialist who knows the ins and outs of Los Angeles can also be helpful, as they may know how to avoid convention-related price increases around the time of your visit. 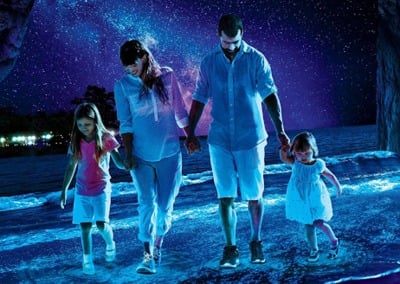 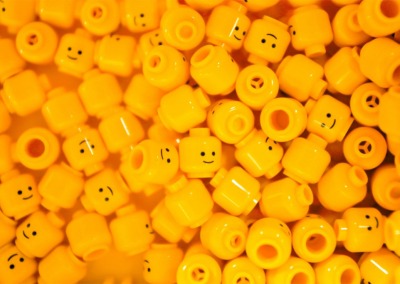 Buying Universal Studios Hollywood Tickets? What Are the Top Tips for First-Time Visitors? 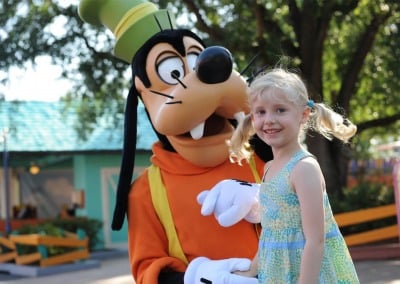